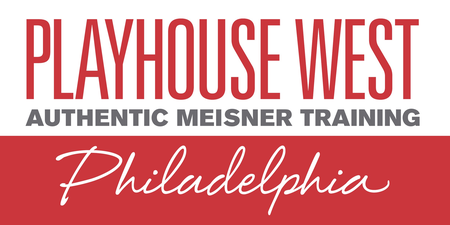 Home
About
Get There
Tickets

By Playhouse West-Philadelphia (other events)

The Award-winning play is back!

This award-winning play, a tribute to Vietnam Veterans, tells true stories about the effects of the Vietnam War and the subsequent homecoming on veterans and their families.

TONY SAVANT, the creator, co-writer, director, producer and 22-year Los Angeles cast member of Welcome Home, Soldier, directs and acts in this production.  Savant directed a production in West Chester in the summer of 2014, and in Philadelphia in spring and summer of 2015.  All performances sold out and received rave reviews from audiences, especially from veterans, who absolutely love this play!  This is a must-see play for veterans and their families!

Jim Parrack, (Hoyt on HBO’s “True Blood”, also "The Deuce", feature films Fury, Battle Los Angeles, Suicide Squad), a long-time member of the L.A. cast, will be joining the cast for a few performances as his schedule allows.

The cast is comprised exclusively of members of Playhouse West-Philadelphia, the east coast branch of the school Mr. Savant founded in 2012.

“One of the year’s ten best”
VILLAGE VIEW, Tony Tran

“An emotional “Welcome” for ex-soldiers! Brings veterans to their feet!”
L.A. TIMES

“Those who see ‘Welcome Home, Soldier’ will never forget it.”
KNX RADIO

“Over twenty years since I’ve been back from Vietnam and it wasn’t till I started coming to this play that I felt welcomed home.”
Clifford Oliver, VIETNAM VETERAN

“This play has been a blessing in my life.  I’m a new man because of it.”
Glen King, VIETNAM VETERAN

“After first seeing the play I felt that I truly had been welcomed home from Vietnam. I honestly feel that this play has done more for the veteran community than the Veterans Administration.”
John Pagel, VIETNAM VETERAN

“Thank you for giving me back my pride.”
John Allgood, VIETNAM VETERAN

“Not since ‘Waiting For Lefty’ have I seen theater with this kind of emotional kick to it.”
Sanford Meisner, legendary acting teacher and co-director of Clifford Odets’ classic play for the Group Theatre

other events by this organization